Joachim suffers from hallucinations. Suffers? Not really, because the ?patrulls?, little paper men, entertain him fabulously; and his stay in the psychiatric clinic finally offers him peace and quiet, away from the turbulences of the outside world. Until Alma enters his life, whose fairy-like appearance turns everything upside down. 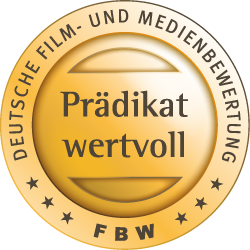